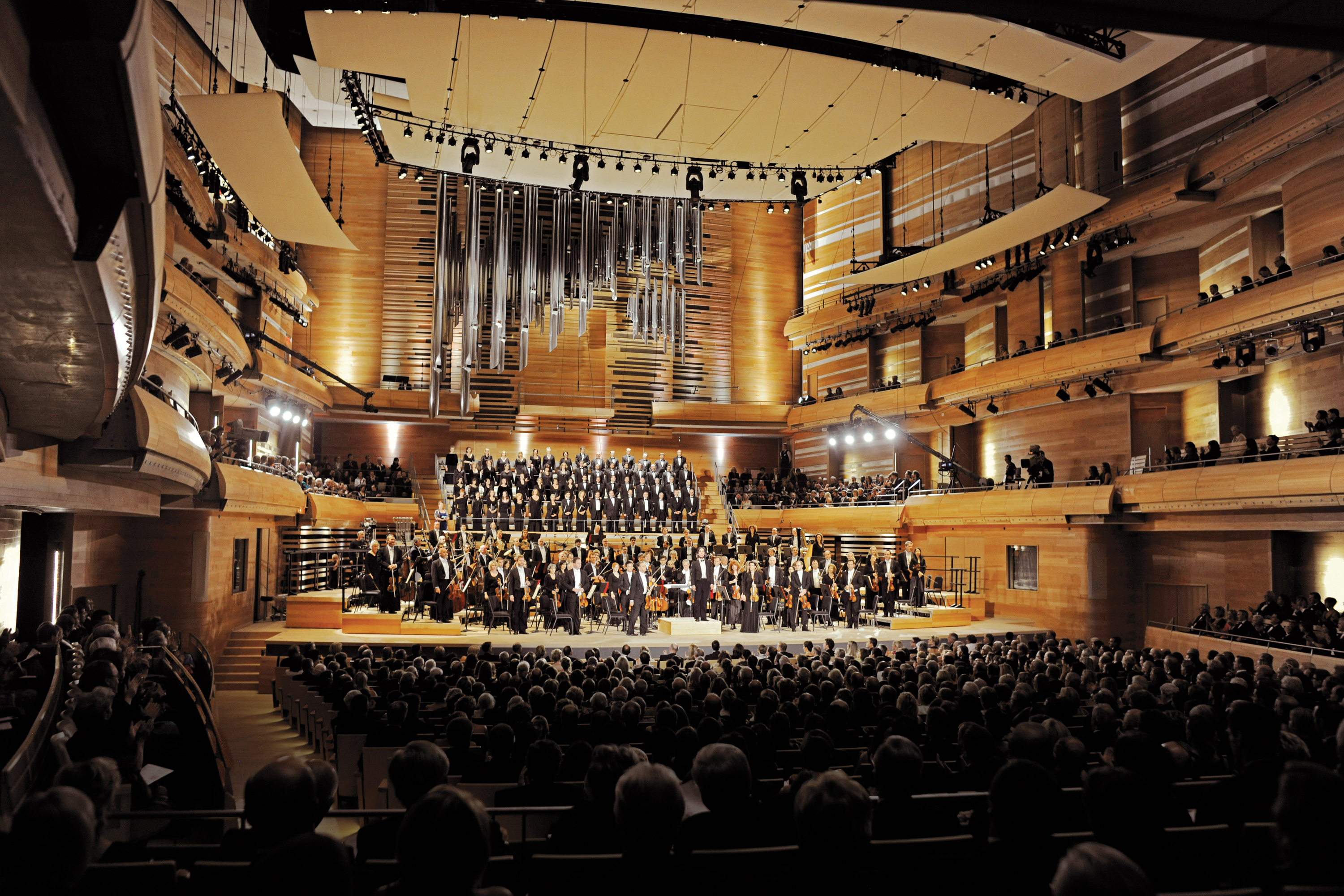 Founded in 1934, the Orchestre symphonique de Montréal (OSM) is a distinguished leader in the musical life of Quebec and Canada and is internationally recognized as one of the finest orchestras in the world. A frontline cultural ambassador, the OSM welcomes the world’s greatest conductors and soloists to the Maison symphonique each year. Since 2006, the Orchestra has been led by American conductor Kent Nagano, under whose direction it has continued to fulfill many rich traditions that stem from the Orchestra’s long history of social involvement, far-reaching projects, world-class tours, and superb recordings.

The orchestra’s regular artistic season features over 100 concerts at the Maison symphonique and other venues, augmented by numerous series: concerts with the OSM Chorus, concerts for the family, bold “éclaté” events, OSM Pop and chamber music concerts, recitals on the majestic Grand Orgue Pierre-Béique, musical tales, concerts for the holidays, and music and film. These are all exceptional encounters that enrich the community’s cultural life. A wide range of concerts and musical events also extends into the summer months: free concerts in the parks, festival performances, and the astonishingly varied programming of the OSM’s very own summer festival, the Classical Spree. Unique in North America, over several days the Classical Spree brings together diverse and far-ranging audiences for indoor concerts, free concerts and a multitude of activities that combine to make the event a true celebration of classical music in the heart of downtown Montreal. Rooted in today’s world, the OSM refreshes the symphonic repertoire while firmly maintaining its place at the heart of Quebec’s great metropolis, supporting events that mark the city’s history and commissioning new works by composers from here and elsewhere.

The OSM boasts a long and brilliant history of some fifty tours, as well as numerous concerts across Canada and abroad. On its first tour to Europe in 1962 with Zubin Mehta, it performed in Vienna, Paris, Moscow, Kiev and Leningrad, the first Canadian orchestra to do so. Since then, the OSM has toured to China, Japan, Europe, Latin America and the United States. In September 2018, it travelled to Quebec’s Great North for the second time. In March 2019, the Orchestra appeared in nine great European cities from Paris to Berlin, and in the 2019–2020 season it will embark on a tour of the Americas, with 12 concerts in 10 cities from Buenos Aires to Chicago through Mexico City. On the latter tour, the OSM will make its 45th appearance at New York’s Carnegie Hall.

The OSM’s discography totals more than a hundred recordings on the Decca, Analekta, CBC Records, ECM, EMI, Philips, and Sony labels. Clearing the path to new experiences for music-loving audiences, it has recorded lesser-known masterpieces: a chamber version of Leonard Bernstein’s opera A Quiet Place with liner notes containing the very first French translation of the libretto, L’Aiglon by Honegger and Ibert, Mann varjot by Finnish composer Kaija Saariaho, and an album of works by the South Korean composer Unsuk Chin. The Orchestra has also made its mark with recordings of more familiar canons of the classical repertoire. The OSM’s recordings are praised by the most prestigious classical music institutions around the world and have earned over 50 national and international awards.

Not be altered without permission by PR² classic.