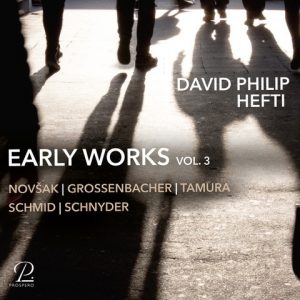 The new CD “Early Works, Vol. 3” contains the piano trio Schattenspie(ge)l as well as the song cycle Rosenblätter on 15 poems by Rose Ausländer. Rosenblätter is performed by mezzo-soprano Judith Schmid and Oliver Schnyder on piano. In addition, Ritus – 4 dance collages for violoncello solo can be found on the album.

The CD can already be streamed on Spotify and Apple Music.