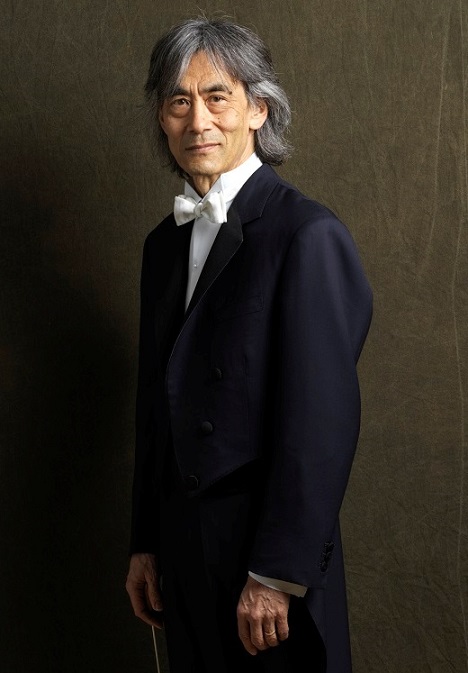 Kent Nagano is considered one of the outstanding conductors for both operatic and orchestral repertoire. He has been General Music Director of the Hamburg State Opera and Chief Conductor of the Philharmonisches Staatsorchester Hamburg since September 2015. In addition, he is very committed as Artistic Director of the Wagner Readings with Concerto Köln and the Dresden Festival Orchestra, and as patron of the Herrenchiemsee Festival. In 2006 he was appointed Honorary Conductor of the Deutsches Symphonie-Orchester Berlin, in 2019 of Concerto Köln and in 2021 of the Orchestre symphonique de Montréal

The 2022/23 season in Hamburg began for Kent Nagano with two open-air concerts at the Rathausmarkt. October at the Hamburg State Opera holds a new production of Wagner’s Der fliegende Holländer in a staging by Michael Thalheimer. This will be followed by revivals of Beethoven’s Fidelio, Wagner’s Tannhäuser, Strauss’ Elektra and Offenbach’s Les contes d’Hoffmann, as well as in January 2023 the premiere of the new production of Schostakowitsch’s Lady Macbeth von Mzensk in a production by Angelina Nikonova and in May 2023 the premiere of the new production of Salvatore Sciarrino’s Venere e Adone in a production by George Delnon. With the Philharmonic State Orchestra, he will open the 2023 International Music Festival Hamburg with a new work by U.S. conductor Sean Shepard and Beethoven’s Symphony No. 8. Furthermore, during the season he conducts concerts at the Elbphilharmonie with works by Brahms, Haydn and Mahler, among others, and again Jörg Widmann’s oratorio ARCHE, which was premiered in 2017 as part of the opening festival of the Hamburg Elbphilharmonie, with the Children’s and Youth Choir of the Hamburg State Opera, the Alsterspatzen, the Audi Youth Choir Academy and renowned soloists.

Kent Nagano’s past years in Hamburg include opera productions such as Les Troyens, Lulu, the world premiere of Stilles Meer and German premiere of Lessons in Love and Violence, the “Philharmonische Akademie” at St. Michaelis, open-air concerts at the Rathausmarkt and the world premiere of Pascal Dusapin’s work Waves for organ and orchestra at the Elbphilharmonie. Orchestral tours with the Philharmonisches Staatsorchester Hamburg in the past years have taken Kent Nagano to Japan, Spain and South America.

As a much sought-after guest conductor, Kent Nagano has worked with the world’s leading international orchestras, including the Bavarian Radio Symphony Orchestra, the Orchestre Philharmonique Radio France, the Orchestre de l’Opéra national in Paris, the Chicago and Detroit Symphony Orchestra, the Finnish Radio Symphony Orchestra and the Wiener Symphoniker.   Special projects were the productions of Wagner’s Das Rheingold with Concerto Köln and the Bernstein opera A quiet place at the Paris Opera.
His operatic work has included Dusapin‘s Il viaggio, dante at the Festival d‘Aix-en-Provence, Hindemith’s Cardillac and Poulenc’s Dialogues des Carmélites at the Opéra National de Paris and Henze’s The Bassarids and the premiere of Saariaho’s L’amour de loin at the Salzburg Festival. Other world premieres he has conducted include Bernstein’s A White House Cantata and the operas Alice in Wonderland by Unsuk Chin, Three Sisters by Peter Eötvös and The Death of Klinghoffer and El Niño by John Adams.

Appearances in 2022/23 include the Teatro Massimo in Palermo, the Tonhalle in Zurich, the Vienna Musikverein, the Philharmonie in Paris and the Isarphilharmonie in Munich, among others. In addition, Kent Nagano will conduct the Deutsches Symphonie-Orchester in Berlin and the Orchestre symphonique de Montréal.

A highlight of Kent Nagano’s collaboration with the OSM as Music Director from 2006 to 2020 included the inauguration of the orchestra’s new concert hall La Maison Symphonique in September 2011, performances of the complete cycles of Beethoven and Mahler symphonies, Schoenberg’s Gurrelieder, concert versions of Wagner’s Tannhäuser, Tristan und Isolde and Das Rheingold, Honegger’s Jeanne d’Arc au Bücher, and Messiaen’s Saint François d’Assise. Tours have taken Nagano and the orchestra to Canada including the Northern Territories, Japan, South Korea, Europe (latest 2019), Latin America and the USA. In July 2018, Kent Nagano conducted Krzysztof Penderecki’s St. Luke Passion with the OSM on the occasion of the Salzburg Festival opening concert.

His recordings with the OSM on Sony Classical/Analekta include Mahler’s Orchestral Songs with Christian Gerhaher in 2013 and a complete recording of all of Beethoven’s symphonies in 2015. Decca released a recording of the North American premiere of L’Aiglon, a rarely performed opera by Honegger and Ibert in 2016, conducted by Nagano in 2015. Further releases by Decca are Danse Macabre with works by Dukas, Saint-Saens, Ives and others in 2016 and a recording of Bernstein’s A quiet place in 2018 on the occasion of the composer’s 100th birthday. John Adams’ Common tones in simple time & harmony (Decca) was released in 2019, the Lukas Passion by Penderecki (BIS) and works by Ginastera, Bernstein and Moussa (Analekta) in 2020.

Another very important period in Nagano’s career was his time as Artistic Director and Chief Conductor of the Deutsches Symphonie-Orchester Berlin from 2000-2006. He performed Schönberg’s Moses und Aron with the orchestra (in collaboration with Los Angeles Opera), and took them to the Salzburg Festival to perform both Zemlinsky’s Der König Kandaules and Schreker’s Die Gezeichneten as well as to the Festspielhaus Baden-Baden with Parsifal and Lohengrin in productions by Nikolaus Lehnhoff.  Recordings with the Deutsches Symphonie-Orchester Berlin for Harmonia Mundi include repertoire as diverse as Bernstein’s Mass, Bruckner’s Symphonies Nos. 3 & 6, Beethoven’s Christus am Ölberge, Wolf’s Mörike-Lieder, Mahler’s Symphony No. 8, Schönberg’s Die Jakobsleiter and Friede auf Erden, as well as Brahms’s Symphony No. 4 and Schönberg’s Variationen für Orchester Op. 31.  In June 2006, at the end of his tenure with the orchestra, Kent Nagano was given the title Honorary Conductor by members of the orchestra, only the second recipient of this honour in their 60-year history. To this day he maintains a close friendship with the orchestra.
In October 2019, Kent Nagano and Mari Kodama expanded their joint recordings of Beethoven’s works for piano and orchestra with Beethoven’s Piano Concerto No. 0 E-flat Major WoO 4, a nearly unknown youthful work by the composer, and his Rondo for Piano and Orchestra WoO 6 with the Deutsches Symphonie-Orchester Berlin. The complete edition of Beethoven’s piano concerti was released on the Berlin Classics label.

Nagano has worked with labels such as BIS, Decca, Sony Classical, FARAO Classics and Analekta for many years, but he has also recorded CDs with Berlin Classics, Erato, Teldec, Pentatone, Deutsche Grammophon and Harmonia Mundi. He was awarded Grammys for his recordings of Busoni’s Doktor Faust with Opéra National de Lyon, Prokofjew’s Peter and the Wolf with the Russian National Orchestra and Saariaho’s L’amour de Loin with the Deutsches Symphonieorchester Berlin.

In September 2021, Kent Nagano published his second book with Berlin Verlag. In “10 Lessons of my Life”, he recalls ten very personal encounters in his life from which he learned important lessons, not only for his career. Among them are the Icelandic pop artist Björk, Frank Zappa, Leonard Bernstein, Pierre Boulez and the Nobel Prize winner in physics Donald Glaser.
In 2015 Kent Nagano published “Erwarten Sie Wunder!” also in Berlin Verlag, a passionate appeal for the relevance of classical music in today’s world. In 2019 the book was published in English by the Canadian McGill-Queen’s University Press under the title ″Classical Music – Expect the Unexpected” and in 2015 under “Sonnez, merveilles!” in French by Éditions du Boréal.

Season 2022/23
Not to be altered or shortened without permission of PR² classic.