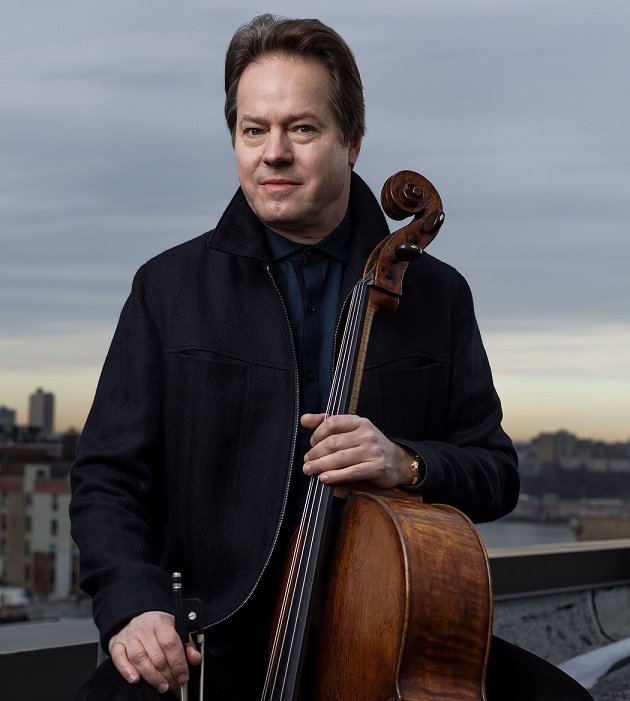 In addition to his classical concert activities as a soloist, Jan Vogler has collaborated with actor Bill Murray for their joint musical-literary project “Bill Murray, Jan Vogler & Friends – New Worlds”. The innovative programme drew international attention and brought together works by Twain, Hemingway, Whitman, Cooper, Bernstein, Bach, Piazzolla, Mancini, Gershwin and Foster for an unexpected and exciting exploration of the relationship between literature and music.

Highlights of Jan Vogler’s career as a soloist are concerts with the New York Philharmonic – both in New York and Dresden at the occasion of the reopening of the rebuilt Dresdner Frauenkirche under the direction of Lorin Maazel in 2005 –, Chicago, Boston, Pittsburgh and Montréal Symphony Orchestras, Mariinsky Orchestra, Sächsische Staatskapelle Dresden, City of Birmingham Symphony Orchestra, Orchestra dell’ Accademia di Santa Cecilia, Vienna Symphony Orchestra, Munich Philharmonic as well as with The Knights.  He collaborates with conductors such as Andris Nelsons, Fabio Luisi, Sir Antonio Pappano, Valery Gergiev, Thomas Hengelbrock, Manfred Honeck and Kent Nagano.

Jan Vogler has been working successfully with the Sony Classical label since 2003 and in the course of this cooperation around 20 CDs have been produced so far. The most recent releases were The Dvorak Album in July 2022 with musicians from the Moritzburg Festival, which focused on works by the composer, and Pop Songs in May 2022, in which Jan Vogler explores the history of pop song over the past centuries with Omer Meir Wellber and the BBC Philharmonic. June 2020 also saw the release of his recording of the cello concerto Three Continents written especially for the cellist by Nico Muhly (USA), Sven Helbig (D) and Zhou Long (CHN) with the WDR Sinfonieorchester conducted by Cristian Măcelaru, as well as the Second Cello Concerto by Shostakovich with the Mariinsky Orchestra under Valery Gergiev.

Previous recordings include a recording of double concertos for violin & violoncello by Rihm, Brahms and Harbison, together with violinist Mira Wang, the Royal Scottish National Orchestra and conductor Peter Oundjian (May 2018), as well as Schumann’s cello concerto together with the Dresden Festival Orchestra and Ivor Bolton (October 2016), Tchaikovsky’s Rococo Variations with the Frankfurt Radio Symphony Orchestra, conducted by Andrés Orozco-Estrada and the Moritzburg Festival Ensemble (March 2016), Concerti di Venezia with La Folia Baroque Orchestra featuring Venetian cello Concertos from the 18th century from Vivaldi, Caldara, Porpora e.a., the Schumann album Dichterliebe with Hélène Grimaud e.a., and his critically acclaimed recording of Bach’s Six Suites for Unaccompanied Cello. After the success of his CD My Tunes featuring short character pieces, a volume 2 was published. It was followed by an award-winning recording of Dvořák’s Cello Concerto with the New York Philharmonic under David Robertson (Pizzicato Supersonic Award, Diapason d’Or Janvier, Choc – Le Monde de la Musique Mars).

Further information is available at www.janvogler.com.

Saison 2022/23
Not be altered without permission by PR² classic. Delete former biographies.