Musik from:
Goblin · Six Flying Dragons · Mr. Sunshine
Descendants of the Sun · Reply 1988
The Legend of the Blue Sea · White Tower
I’m Sorry, I Love You · Brain
Moon Embracing the Sun · Crash Landing on You

Stream at Spotify
Stream at Apple Music
Order at Amazon 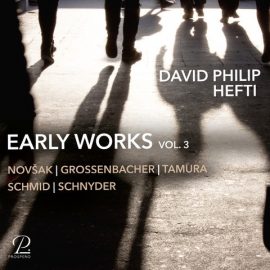 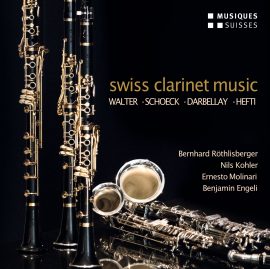 The Snow Queen (2018) – a story in music for soprano, 2 speakers and orchestra 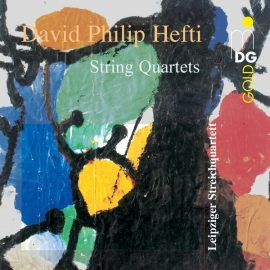 „The music of David Philip Hefti, born in 1975, still only makes it to Britain on disc. Like an earlier collection, this anthology of his four string quartets, all of them composed since 2007, shows that we are missing out on the music of an accomplished and distinctive Swiss composer. Hefti’s second quartet, Guggisberg Variations – based upon a Swiss folk song – appeared on that Neos disc, too, where it was played by the Amer Quartet. Here, however, the Leipzig Quartet place it in a more revealing context. Like Wolfgang Rihm, with whom he studied, Hefti seems to move quite unselfconsciously between musical styles. But it’s the spare, concentrated music of Mobile – the third and most substantial of the quartets, the six movements of which were originally written to be interleaved between the seven sections of Brahms’s German Requiem – that’s most impressive. The fourth quartet, Con Fuoco, builds upon material from all three earlier works.“ The Guardian, 14. Februar 2013