Cellist Jan Vogler explores hits of the past four centuries together with Omer Meir Wellber and the BBC Philharmonic on the new CD Pop Songs which will be released by Sony on 6 May. The idea of a recording to tell the story of the “pop song” came to Jan Vogler

“during the pandemic, when every day – deprived of the daily live encounter with great music – we were all singing and whistling to ourselves catchy tunes from the last four centuries. Realizing the project with the creative Omer Meir Wellber and the fabulous BBC Philharmonic was an intense reminder of the intensity and radiance these ‘hits’ have retained over decades and centuries. The cello – with its vocal range from baritone to coloratura soprano – is a versatile narrator of this thrilling story.”

The new arrangements for cello and orchestra range from Monteverdi to Michael Jackson, from Mozart to the Beatles. The second force behind the recording is conductor Omer Meir Wellber, with whom Jan Vogler had long discussions about the right arrangement and approach to each piece. The two sought the specific expression for each song and asked themselves what actually made the numbers so popular.

Further insights can be found in the booklet. 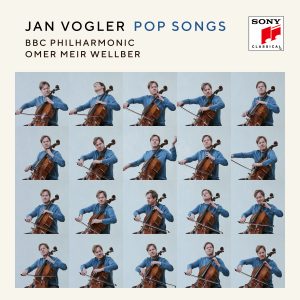