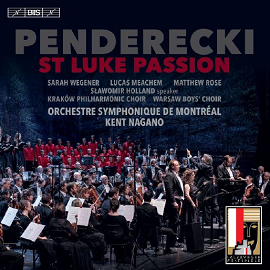 After more tha n a decade as Music Director of the Orchestre symphonique de Montréal, two recordings with Kent Nagano and the OSM were released last year. Krzysztof Penderecki’s St. Luke Passion, which was recorded on the opening night of the prestigious Salzburg Festival at the Felsenreitschule Salzburg in July 2018, on BIS-Records and the album Ginastera – Bernstein – Moussa: Works for Violin and Orchestra with Andrew Wan, concertmaster of the OSM on Analekta. 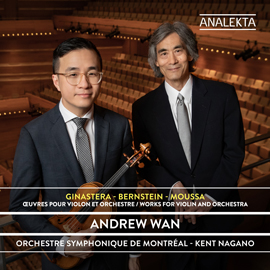