In the concert hall La Scala in Paris, Mari Kodama will perform a program of works by John Adams, Barber, Reich and Samuel Adams with Momo Kodama (piano) in February and works for 2 pianos by Bach, Kurtág and Messiaen with Markus Hinterhäuser (piano) in Schloss Elmau in April.

Together with the Deutsches Symphonie-Orchester Berlin and Kent Nagano, Mari Kodama played the world premiere of the piano concerto Terra Nostra by French composer Rodolphe Bruneau-Boulmier at the Berlin Philharmonie last October.

After the premiere in May 2021, Mari Kodama will again perform in John Neumeier’s Beethoven Project II at Hamburg Ballet in February 2022.

The concert will be broadcasted on Deutschlandfunk Kultur. Please find more information here.

Mari Kodama with concerts in honor of Alfred Brendel (September 2021)

Mari Kodama will give two concerts in Hamburg in honor of Alfred Brendel, whose master student she was. The entire concert cycle will kick off on 3 September at Hamburg’s Curio-Haus with a concert featuring the Hamburg Philharmonic State Orchestra under Kent Nagano, performing Mozart’s Piano Concerto No. 7 for three pianos and orchestra with the three soloists Mari Kodama, Paul Lewis and Till Fellner, all three of whom were Brendel’s master students. This will be followed on 4 September by a chamber music program with Mari Kodama at the newly opened JazzHall of the Hochschule für Musik und Theater Hamburg. END_OF_DOCUMENT_TOKEN_TO_BE_REPLACED

Mari Kodama, known as a benchmark Beethoven interpreter, performs Beethoven’s Piano Concerto No. 0 with the Philharmonisches Orchester Bremerhaven under Marc Niemann on 30 and 31 August at the Stadttheater Bremerhaven. It is Beethoven’s almost unknown work from his younger years, which Mari Kodama recorded with the DSO under Kent Nagano and was released as a CD in 2019 on Berlin Classics along with all of Beethoven’s piano concertos as well as Beethoven’s Rondo for Piano and Orchestra WoO 6 and his “Eroica” Variations for Solo Piano Op. 35.

The concert at a glance:

Find here the concert and opera dates of our PR and management artists for September until November 2021 at a glance.

You will find information about our artists on each artist page on our website.
Please contact us for more details: office[at]pr2classic.de.

At the 3rd Chopin Festival Hamburg Mari Kodama gave a sonata recital, playing works by Chopin Ravel and Dutilleux.
The recital took place on 12 June 2021 and was broadcast live on YouTube.

Here you can watch the full concert:

Kent Nagano, together with Mari Kodama and the Deutsches Symphonie-Orchester Berlin are guests at the Ravello Festival in Italy. The program of the concert on 1 July 2021 and 8:00 pm at Belvedere di Villa Rufolo will contain Wagner’s “Siegfried Idyll”, Beethoven’s Piano Concerto and Schubert’s Symphony No. 3. END_OF_DOCUMENT_TOKEN_TO_BE_REPLACED

Mari Kodama will give a sonata recital at the 3rd Chopin Festival Hamburg on Saturday, 12 June 2021 at 8:15 pm. After the festival had to be cancelled last summer, it will finally take place and will also be broadcast live on the YouTube channel by the Chopin Gesellschaft Hamburg & Sachsenwald e.V.

The new website of pianist Mari Kodama is now live! 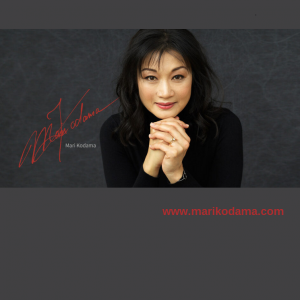 At www.marikodama.com current news, dates and information about Mari Kodama can now be discovered in a new design.